Retinol ranks highly as one of the most popular – and effective – go-to active ingredients to tackle the signs of ageing that you can find on the shelf. Even more effective than retinol – but available via your Dermatologist’s prescription only – is tretinoin.

Tretinoin is a prescription-strength topical cream that’s derived from vitamin A. You might have seen it get a shout-out on your social feeds – tretinoin gets heaps of love from the medical community to skincare experts, influencers to Skin + Me customers who have seen its glow-giving benefits for themselves.

In this tretinoin 101, we’ll cover off more about this superstar active ingredient and what it can do for you.

Dermatologists namecheck tretinoin as the gold standard active ingredient to treat multiple skin concerns from acne to hyperpigmentation, sun damaged cells and fine lines and wrinkles. It belongs to a family of synthetic and naturally occurring compounds called retinoids that are all derived from vitamin A. Tretinoin works directly on the retinoic acid receptors found on your skin cells, making it the most powerful retinoid available. Tretinoin was first used in 1962 and has over 50 years years of scientific evidence resulting from clinical use to support its efficacy.

What is tretinoin used for?

Tretinoin works to accelerate new skin cell growth, speeding up the removal of dead cells and debris that can block pores. It also works to repair sun-damaged cells and boosts the production of collagen; a protein that acts like scaffolding for your skin. It reveals younger skin, at a cellular level – and while that might sound like magic, it’s proven science!

Tretinoin can be used to effectively treat:

What’s the history of tretinoin?

Tretinoin was the first topical retinoid introduced in 1962 and has been the mainstay of acne treatment for decades (1). Numerous trials have demonstrated tretinoin is effective as monotherapy in mild-moderate comedonal or inflammatory acne where it significantly reduces both comedones and inflammatory lesions (1, 2, 3). How long does it take to see results? Initial response to tretinoin is seen two to three weeks into treatment, but substantial clinical improvement can be seen at four to six weeks and maximum improvement occurs after three to four months (4).

The anti-ageing effects of tretinoin initially came from observations in the 1980s from post-adolescent women with persistent acne applying topical tretinoin. In addition to treating acne, these women often reported smoother, less wrinkled skin. Since then, many studies have been conducted into tretinoin and anti-ageing and randomised trials have confirmed its efficacy in slowing the progression as well as reversing the signs of ageing.

Tretinoin works in the epidermis stimulating cell renewal and enhancing the cell layer, reducing pigmentation and normalising sun-damaged cells. It also works in the dermis to increase collagen, elastin and glycosaminoglycans which thickens the dermal layer and makes the skin appear plump.

How to apply tretinoin cream

Skin + Me’s Head of Medical, Dr Jason Thomson, reveals his top tretinoin tips to get the most from the all-around game-changing active ingredient.

“Tretinoin can be used in place of an eye cream if used carefully. Buffer your tretinoin by applying a thin layer of moisturiser immediately before application serves to effectively dilute the concentration and make it less potent and more tolerated for the eye area.”

“If irritation or purging occurs after use, you should add a layer of moisturiser to your skin as a buffer before your topical tretinoin cream.”

“Tretinoin can make your skin more sensitive to sunlight, especially during the first three to six months of using it. It’s essential to wear a broad spectrum sunscreen every day (SPF 50) and try to avoid unnecessary or prolonged exposure while you’re using tretinoin, especially during peak sunlight hours and cover up with protective clothing to shield your skin from UV-related damage.”

How long does a Tretinoin prescription take to work?

When using a tretinoin prescription, a difference in your skin is often visible from three weeks onwards. In other cases, it can take up to 12 weeks for some people to see visible results with significant improvement after six months. Ongoing use as maintenance is important to continue seeing the benefits.

Is long-term use of Tretinoin safe?

Studies, where people have used tretinoin regularly for between one and four years, have shown that clinical improvements (as well as improvements seen under a microscope from biopsies) are seen over long periods and these benefits increase over time.

These studies make clear that consistent use for at least six months is needed to see the best results and they also indicate that long-term use of tretinoin is safe, with no untoward effects.

Are there side effects from using a Tretinoin prescription?

Tretinoin is a powerful active ingredient and skin often needs to build a tolerance to it over time. Adding it to your routine at a lower concentration (known as microdosing) and gradually increasing over time as your skin evolves is the most effective way to see results with the lowest chance of side effects. If you have a history of sensitive skin you may also benefit from lower initial concentrations.

Temporary side effects can include dry skin, redness, irritation and mild peeling – which usually occur in the first few weeks of treatment, while your skin adjusts to the ingredient’s powerful properties.

There’s also a chance of tretinoin purging too, which is where the increase in cell turnover can cause breakouts. This can appear as a few more blackheads, whiteheads or bigger, red spots that can take a few weeks to clear up again. While it can feel as though the treatment is making your skin worse, purging is actually a normal process in clearing your skin – a bit like a spring clean.

What should you know before using Tretinoin cream?

Certain underlying skin conditions, like rosacea and eczema, can cause sensitivity and you’ll need to be more careful introducing tretinoin if you suffer from these. Rosacea is a common cause of skin sensitivity whereby the skin often feels dry and reacts easily. It can often lead to redness and breakouts and can be mistaken for acne. Using tretinoin when you have rosacea is not always going to lead to problems (and in fact, it can be helpful in certain situations), but the inflammation in rosacea needs to be controlled first before any tretinoin is applied.

It’s important to remember that tretinoin is a prescription-only active ingredient, and the first thing that needs to be considered is whether it’s appropriate for your skin.

It’s also worth noting that prescription retinoids and over-the-counter retinoids can’t be used in pregnancy. If you’re using a tretinoin treatment and planning to become pregnant, contact your prescriber to discuss alternative treatments for this period.

Skin irritation is a common expected side effect of retinoids particularly during the first month of use. When starting off your retinoid journey we advise avoiding any other active skincare ingredients in particular exfoliants such as AHA and BHAs and harsh cleansers or toners to minimise the risk of irritation. These products can later be introduced once retinoids are tolerated to maximise the benefit of both active ingredients.

Tretinoin vs retinol, what’s the difference?

We’ve explored the difference between retinol and retinoids, but to summarise, retinol and tretinoin (as well as others such as retinaldehyde and retinyl palmitate) are types of retinoids.

It’s a bit science-heavy, but weaker retinoids like retinol need to be converted (by skin enzymes) to retinoic acid which activates retinoid receptors found on skin cells. The conversion of retinol to retinoic acid is slow and varies between individuals. Tretinoin is already retinoic acid and so works directly on the skin’s receptors.

This is the reason over-the-counter retinoids are less effective than a tretinoin prescription, and why it can take you longer to see results using shop-bought creams.

3. Krishnan G. Comparison of two concentrations of tretinoin solution in the topical treatment of acne vulgaris. The Practitioner. 1976;216(1291):106-9.

On your Skin + Me journey? Learn more about our Invite a Friend Charity initiative.

Find a Skin + Me Cleanser and Moisturiser to suit your skin type. Discover the full three-step routine.

About Skin + Me Team 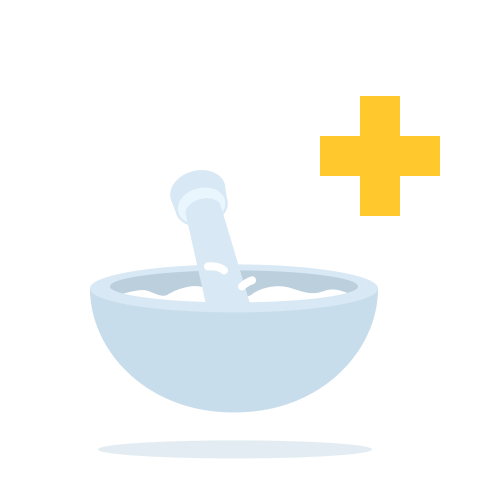 The home of all things skincare, and the other things in life that make us feel good too.